A Few of Our Favourite Things: The Complete Series

As part of IDP's 20th anniversary celebrations we asked twenty of our friends and supporters to select their favourite item from the IDP collections. The full selection is available as an online catalogue and will be featured in the spring and autumn 2014 editions of IDP News. A Pinterest board featuring all twenty of the ‘favourite’ items is also available. For full details of all our anniversary events and activities please see our 20th anniversary programme page. 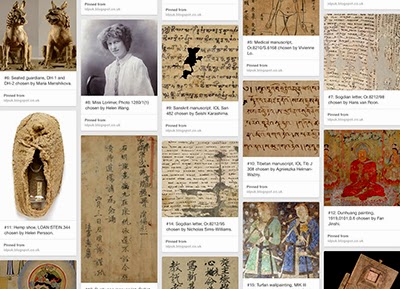 IDP would like to thank all of the contributors for their selections and for taking part in our 20th anniversary celebrations. Below is a full list of their posts.