A Few of Our Favourite Things: #20 John Cayley 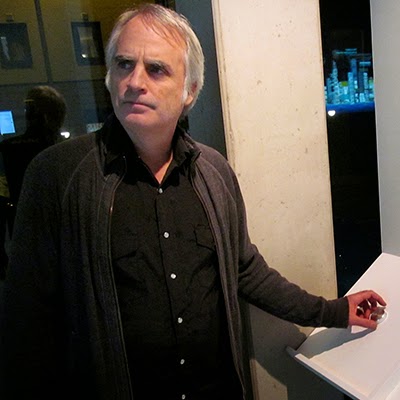 John Cayley — now teaching at Brown University in the guise of a pioneering practitioner and theorist of digital language arts — was once, in the late 1980s, a curator in the Chinese Section of the British Library. There, he had experience with research relating to items in the Dunhuang collection and, moreover, had the high privilege, occasionally, of examining some of this material firsthand. Chinese calligraphy remains a research interest for Cayley. The calligraphy of the major part of the Dunhuang collection is a wonder of calligraphic art on a global scale, but this ‘major part’ chiefly represents the art of the religiously motivated scribe rather than that of the scholar-artist, the Chinese person (usually man) of letters. Nonetheless, the collection — as we will see from the item Cayley has sponsored and which is also one of his very ‘favourite things’ — does contain uniquely precious evidence for the high art of calligraphy, China’s finest visual art, still its most dearly and commercially valued traditional art form.

Besides aspiring, some day, to a significant connoisseurship of Chinese calligraphy, John Cayley is also a poet and a translator of poetry and has been a small publisher of these complementary language arts. He has published translations from Gu Cheng, Yang Lian, Bing Xin, and others, and assembled a book-length study of the well-known contemporary artist Xu Bing. Links to his experimental writing in what he calls networked and programmable media are at programmatology.shadoof.net. Recent and ongoing projects include imposition, riverIsland, what we will, and The Readers Project. His last printed book of poems, adaptations and translations was Ink Bamboo (Agenda & Belew, 1996).

In 2001 Cayley was the winner of the Electronic Literature Organization’s Award for Poetry (eliterature.org). Currently he is a Professor in the Department of Literary Arts at Brown University, with a brief to teach and develop writing in digital media. His most recent work explores ambient poetics in programmable media, writing in immersive artificial audiovisual environments, and aestheticized vectors of reading. He also publishes theory about these new modes of writing, essays on subjects such as the role of code in new writing, the temporal properties of text, and something he calls ‘writing to be found’ both with and against the ‘services’ that threaten us with overwhelming statistical models of language. 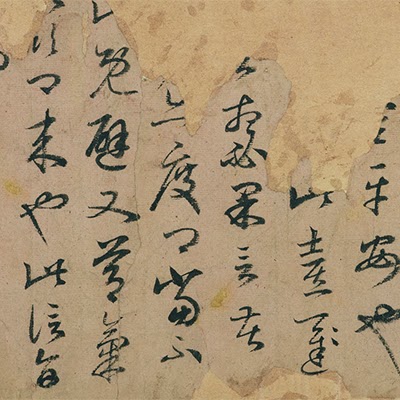 Or.8210/S.3753 is not a sutra, nor a scroll. It is a relative small fragment of distinctively tinted, ‘fancy’, paper with traces of cursive characters. These traces would be immediately recognisable to any student of Chinese calligraphy and likely also to anyone more generally educated in the Chinese cultural sphere, extending beyond the mainland, throughout East Asia and now, the globe. This vastly more numerous group would not only see that the calligraphy was good, they would be likely to know the name of the artist who wrote these characters and is responsible for their aesthetic form, Wang Xizhi (303–361), China’s most famous calligrapher. Strangely, in terms of a Eurocentric understanding of high art, nearly all of these amateurs of calligraphy would also know, without having to be told, that these traces of ink on the paper of Or.8210/S.3753 were not actually put there by Wang Xizhi. The true students of calligraphy amongst them would be aware that the current state of scholarship suggests to us that there are no actual traces of Wang Xizhi’s brushwork extant. As the eminent art historian, Robert E. Harrist, puts it in the title of a highly relevant article, we have nothing but ‘copies, all the way down.’ How then do we understand the significance and value of this treasure? We say that Or.8210/S.3753 is a fragment of a fatie or ‘model (of) calligraphy’. We can say further that the art of Chinese calligraphy is a complex practice that has embraced many forms of what, from a Eurocentric perspective, we would regard — and tend to denigrate — as ‘copying’.

In the Chinese cultural sphere, these practices of ‘copying’ are understood as authentic and generative, and many of them are able to preserve, more or less intact, the aesthetic and cultural value of fine artistic works. In all their instantiations and despite their variously mediated transmission, such works of aesthetic writing may be definitively associated with a first author, with a single, named and often famous calligrapher. Or.8210/S.3753 is a freehand copy (Chinese: lin) and is dated, by its inclusion in the Dunhuang collection, to the Tang dynasty. The personal notes and courtesy letters written by Wang Xizhi were preserved and copied due to the beauty of his writing. Once his calligraphy had achieved the status of fine art treasure — within his lifetime — rare originals and more widely disseminated copies immediately became models for all calligraphy students and remain so right down to the present day. Or.8210/S.3753 is a remarkably early copy of one of these models. The most prized collected copies of Wang Xizhi’s writing (such as Xingrang tie or Ritual to Pray for Good Harvest in the John B. Elliott Collection) are tracing copies, although these tracing copies were done, probably under imperial patronage, with a finesse that somehow preserves even the spontaneity of the first artist’s cursive gestures.

Successful copies of all kinds may capture the shenyun or ‘spirit resonance’ of Wang’s writing. Whenever performed by a calligraphic master, a freehand copy — most often written with some earlier ‘model’ or fatie at the calligrapher’s side — may capture the shenyun of the first writer and become itself a model. For Or.8210/S.3753, we have no indication of its contemporary calligrapher’s name, but we can see for ourselves that the characters are good and the early date of this copy renders it all but uniquely precious. There is another fragment, in the Pelliot collection in Paris (Pelliot chinois 4642), likely from the same set of model copies and based on the same series of Wang Xizhi models, the Shiqi tie or ’17 model calligraphies.’ The majority of Or.8210/S.3753 comprises the lower remains of a brief eight-line note known to calligraphers and connoisseurs as the Zhanjin tie.

For still wider dissemination, model calligraphy might be traced and transferred onto the surface of prepared tablets or monumental stones. The character forms, no matter how cursive and gestural, were then carefully carved in intaglio. Finally, models could be ‘published’ from these inscriptions by making ink rubbings on sheets of paper tamped into the carved incisions — a slow process, but one that allowed for multiple ‘prints’ to be reproduced from the same model. Rubbings from the earliest carved inscriptions — think of all the mediating steps in this complex tradition of reproduction! — might themselves come to be esteemed for their preservation of a calligrapher’s writing and its shenyun. If the stones were later lost or destroyed, a rubbing might be all that was left. There are, in fact, a few treasured early rubbings in the Dunhuang collection, including Or.8210/S.5791 with the calligraphy of Ouyang Xun (557-641). Some time ago, as an experiment, I took a digital image of the main part of Or.8210/S.3753, and overlaid it on a scan from the publication of a much later rubbing based on the ‘same’ work. The white character forms of the rubbing are still, in principle, traceable back to the initial brush strokes of Wang Xizhi, but there can have been no direct connection — other than through artistry and shenyun — with Or.8210/S.3753’s anonymous freehand traces of ink on Tang dynasty paper. The way in which the two images align is not perfect but it is extraordinarily close — perceptible evidence, in a sense, of the preservation of shenyun across centuries and despite many and various processes of transmission by generative reproduction. 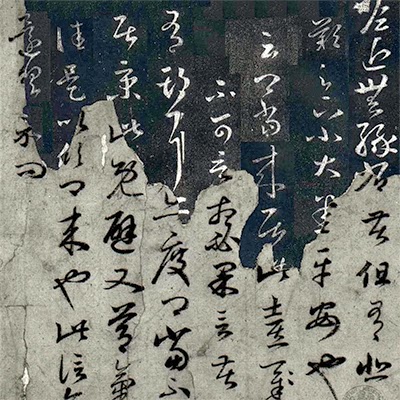 How valuable to wealthy collectors over time? In his essay 'The Cost of Living and the Cost of Art in Late Ming China’, Craig Clunas quotes a Chinese source giving evidence that some version — necessarily a reproduction — of this very piece of calligraphy, the Zhanjin tie, changed hands in the late Ming for almost twice what it would cost to buy the equivalent of a Park Avenue or Mayfair mansion. In 2010, four lines of Wang Xizhi’s calligraphy — probably Tang tracing copies — sold at auction for £29m. A fragment of silk with nine lines on it had been torn in half and the first four lines were disposed of for this fabulous sum.