A Few of our Favourite Things: #19 John Falconer 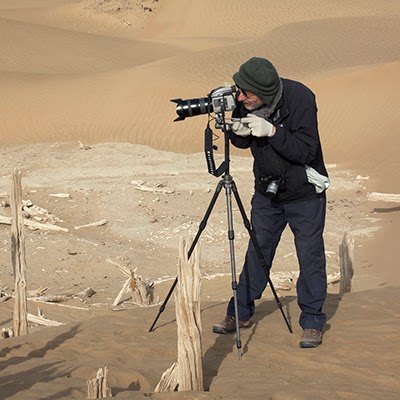 John Falconer is Lead Curator of Visual Arts at the British Library. This includes the Library's photographic collections, which are particularly strong on historical collections of India, his specialism. However, he has also been working on the Stein and other Central Asian photographic collections for over twenty years, having catalogued those at the British Library and the Library and Information Centre of the Hungarian Academy of Sciences. He has also travelled and worked in the field, including on IDP Field Trips to the Taklamakan: many of his own photographs are now in the Library's collections and were on display at the IDP20 photographic exhibition at the Royal Geographical Society. He has also curated photographic exhibitions in Afghanistan, Sri Lanka, Myanmar, China and elsewhere. His chosen item is a photograph taken by Robert Byron. 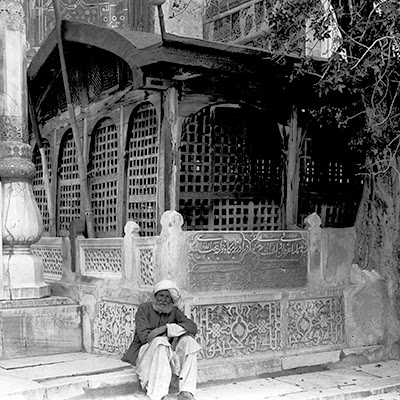 Tomb in front of the eastern iwan of the Abdullah Ansari shrine complex at Gazar Gah, near Herat. Neg 1240(90).