A Few of Our Favourite Things: #17 Irina Popova 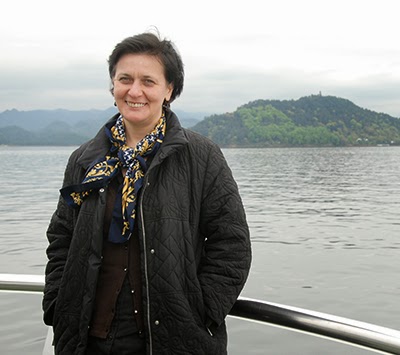 Dr Irina Popova has been the Director of the Institute of Oriental Manuscripts, Russian Academy of Science (RAS), since 2003. She is also Professor of Chinese History and Language at St Petersburg State University, the Faculty of Oriental Studies. She was admitted to Leningrad State University in 1978 in the Faculty of Oriental Studies, History of China Section. In November 1983, she started her doctoral studies at the Leningrad Branch of the Institute of Oriental Studies. Three years later, she joined the staff of the Institute as a junior researcher. In 1988 she received her PhD for the thesis on the Theory of the Rulership in the Early Tang China and received her Habilitation in 2000. Her major research areas are political thought, government and the administrative system of medieval and especially Tang China, as well as the study of Dunhuang and Chinese manuscripts held at the Institute and archival documents on Russian Sinology.

Dr. Popova’s chosen item is F-32/4 from the collections of the Institute of Oriental Manuscripts. 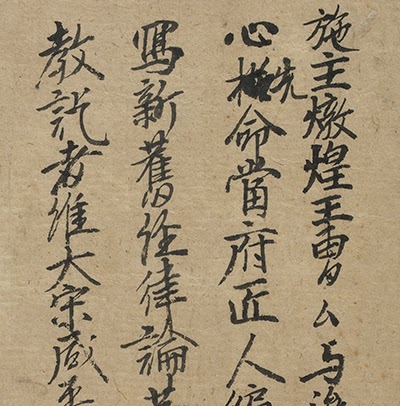 The manuscript of the ‘Library Document’ (F-32/4) was discovered by the Second Russian Turkestan Expedition headed by Sergey Oldenburg in Dunhuang and became part of the collection of The Asiatic Museum (now The Institute of Oriental Manuscripts, RAS) with all the other documents on September 1, 1915. The separate sheet of white paper (30 x 17.2 cm) was registered as a ‘Postscript to Prajñāpāramitā Sūtra’.

The text states that the ruler of Dunhuang Cao Zongshou and his wife Lady Fan issued an order to make cloth wrappers for Buddhist sutras and to supplement the lacunae in the library of Baoen Monastery. The document was dated the 15th day under the sign renyin of the 7th month of the 5th year under the reign of Universal Peace (Xianping) of the Song Dynasty, which corresponds to August 25, 1002. This 4-line document therewith became one of the pearls of Russian collection, for the clear reason that there are not too many documents from the Library Cave bearing a full date. And it is remarkable and even unique, as it represents a long forgotten type of documents that reflects the daily life of Chinese society in a provincial town located close to the state’s frontier.

Moroever, in the course of the research and print and on-line publication of the Dunhuang collections from all over the world no other document with a full date from later than this has come to light, even if there is circumstantial evidence that such documents may exist. So then, this unpretentious short manuscript F-32/4 retains its complete timeless value.