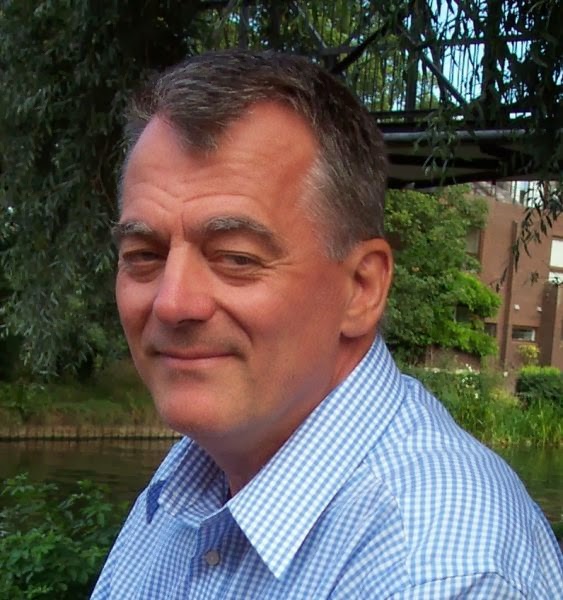 Prods Oktor Skjærvø, a former Norwegian, is now an American citizen. During his Sanskrit studies in Oslo, he acquired an interest in Old Iranian languages in general and Khotanese in particular, following in the footsteps of his compatriot Sten Konow, one of the pioneers of Indic epigraphy and Khotanese language. His work on the Khotanese collections in India Office Library and the British Library (now both in the British Library) from the early 1980s onward culminated in an edition of the Khotanese Suvarṇabhāsottama-sūtra and a complete Catalogue of the British Library collection (which will be online in 2014). He later began concentrating on the eighth-century secular documents in their social and political context, housed mainly in the British Library, Hedin collection (Stockholm), and the Petrovsky collection (St Petersburg), a work that is now being continued, he is happy to say, by his students Zhang Zhan and Wen Xin. His chosen item is IOL Khot W 1, a wooden tablet from Dandān-Uiliq. 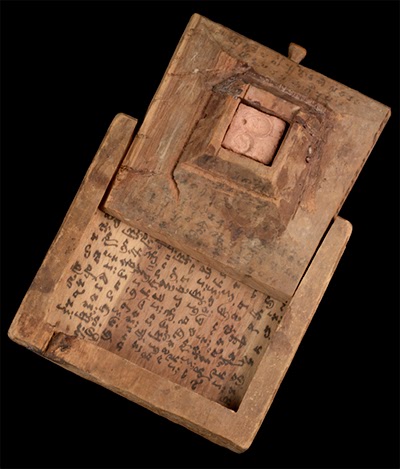 This is a double wooden tablet ‘envelope’ consisting of a bottom with three raised edges and a top (cover) with a handle that slides into the bottom part. The top has a raised middle part in which a square hole has been carved out, in which there is a hole piercing both tablets through which a string was drawn. The square hole was then filled with clay on which a seal impression was made. The clay, seal impression, and a piece of the string are still extant. On the inside surfaces of the closed tablet is recording of a legal case dated in year one of ‘the gracious lord, great king of kings of Khotan, Viśya Sīhya’, formerly unknown. The case concerns the sale (lease) of a man’s brother to do state work on behalf of the villagers of Birgaṃdara to help pay their debt. The cover contains a summary of the legal decision, as the complete decision could only be read by breaking the seal. This tablet was reused, however, to record another legal decision on its underside.

There are two other similar double wooden tablets in the British Library collection, that had been long known and published, but this object had been stored away and was brought to my attention by Michael O’Keefe during one of my visits. It turned out to herald a new era of discoveries of such objects. About the same time, one was published in China Pictorial 1981 that was also dated in the year of Viśya Sīhya and concerning the sale of a brother’s son (published by R.E. Emmerick). A few years later, on a visit to Urumqi and Turfan, I was told of a tablet in the Xinjiang Institute of Archaeology in Urumqi (no. WBH 01), which I was kindly allowed to inspect. This tablet recorded the sale by a monastery of a woman and her son (published by Professor Duan Qing).

Since then, a number of such tablets have come to light in China (now being published by Professor Duan Qing), which are shedding welcome new light on the history of Khotan in the late seventh to early eighth centuries.

To me, however, it seems like IOL Khot W 1 was what started this new spate of discoveries. That is why I choose it as my favourite object.