A Few of Our Favourite Things: #9 Seishi Karashima 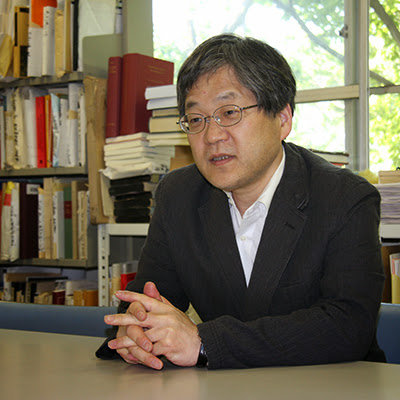 In the 1990s, he realised that the old Sanskrit manuscripts and fragments from Central Asia were indispensable sources for allowing scholars to draw nearer to the original features of early Mahāyāna scriptures and therefore, since then, he has been engaged in publishing photographs and transliterations of those manuscripts and fragments, now preserved at the British Library and Institute of Oriental Manuscripts in St. Petersburg. He has also been in the process of publishing a series of Buddhist Manuscripts from Central Asia: The British Library Sanskrit Fragments (BLSF) (2 vols. so far) and that of The St. Petersburg Sanskrit Fragments (StPSF) (in preparation) in collaboration with K. Wille, M. I. Vorobyova-Desyatovskaya and other scholars.

His chosen item is the Sanskrit manuscript IOL San 482. 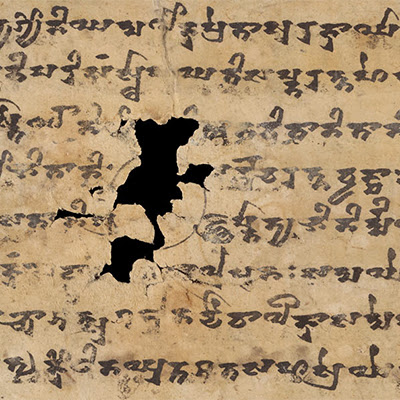 The manuscript of the Saddharmapuṇḍarīkasūtra (IOL San 482–515), or the Lotus Sutra, was discovered by Aurel Stein in Farhād-Bēg-Yailaki, near Khadalik, during his second expedition and is kept at present in the British Library. 35 folios, written on paper, are preserved. This incomplete manuscript, whose script is the Early Turkestan Brāhmī, type b, probably dates back to the fifth or sixth century AD. Both its language (Buddhist Sanskrit) and the content (from the eleventh to the beginning of the fifteenth chapter of the Lotus Sutra) also show its antiquity. Owing to its particular importance to the study of the Lotus Sutra, a black-and-white facsimile edition, though of very low quality, was published as early as 1949 in Japan, from which the late Prof. Hirofumi Toda made a transliteration.

When I saw the actual manuscript with my own eyes at the British Library in December 2004, I was struck by its beautiful calligraphy and its absolute clearness, which unfortunately the facsimile edition lacks. Thus, I decided to transliterate the manuscript anew by using newly-taken coloured photographs and, at the same time, persuaded our university to support IDP financially by digitising the entire collection of the Sanskrit manuscript fragments from Central Asia. I am happy to know that, now, this ten-year digitisation project has been completed.