A Few of Our Favourite Things: #12 Fan Jinshi 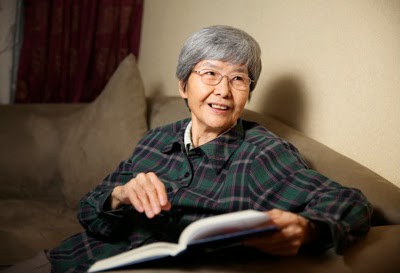 Fan Jinshi is Director of the Dunhuang Academy in China. Her research interests are on Chinese Central Asia — known historically in China as ‘The Western Regions’. This is part of the ancient ‘Silk Road’ where trade and culture flourished and where diverse civilisations met. In the rich cultural legacy that remains in the region we can glimpse see the history of a thousand years of interaction between these civilisations. Buddhism had a far-reaching impact in its journey from India through Central Asia to China and East Asia. The Dunhuang Mogao caves are a direct result of this, showcasing this mix of cultures. Having been involved for many years with research on and protection of the caves, Professor Fan Jinshi has a strong interest in the cultural connections between Dunhuang and Central Asia. 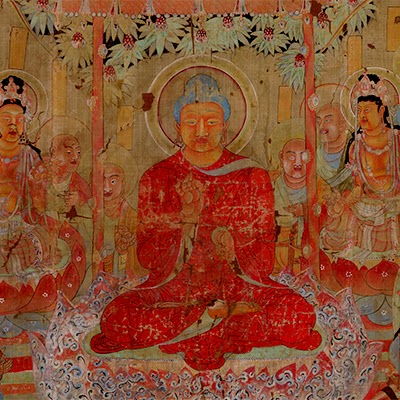 The painting has several interesting features. Firstly, the heads of the three younger disciples are very round with round faces and cute expressions. Second, the painting is very similar to murals found in Dunhuang Mogao Caves dating from the early Tang period. For example, the complex lingzhi mushroom (灵芝) design depicted on the canopy and the lotus seat is identical to that shown in the preaching scene on the east wall of Mogao Cave 329, dating to the early Tang. Third, the composition is very similar to the Pure Land and preaching scenes depicted in early Tang caves such as Mogao 321 and 329. This type of composition is thought to have originated from the preaching scene in the Sui-period Mogao Cave 390. These similarities indicate a close relationship between this piece and the murals of the same period at Dunhuang Mogao.