A Few of Our Favourite Things: #10 Agnieszka Helman-Ważny 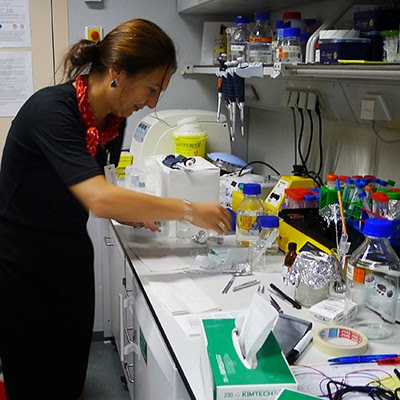 Dr. Agnieszka Helman-Ważny (University of Hamburg, University of Arizona) is a paper scientist. Her main research area is the history of paper and books in Tibet and Central Asia, and the development of methods for their examination and conservation. Since 2005, she has studied the early history of paper in Central Asia and aimed to create a typology of paper based on a systematic study of manuscript collections found along the Silk Road. She detected a broad range of paper types for these early manuscripts written in Chinese, Tibetan and other languages. By using the technological and microscopic study of paper combined with codicological and textual information, her research undertaken in collaboration with the IDP team has aimed to explore the possibilities for dating this material and recovering the histories of its regional production and usage. Her chosen item is a Tibetan manuscript, IOL Tib J 308, written possibly with blood on fine quality paper. 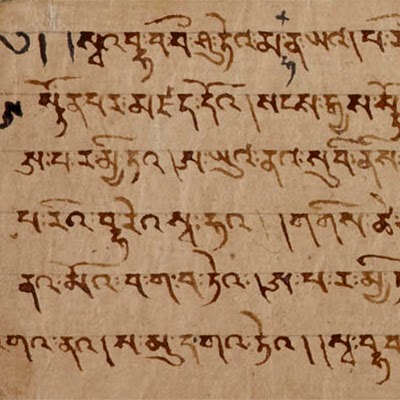 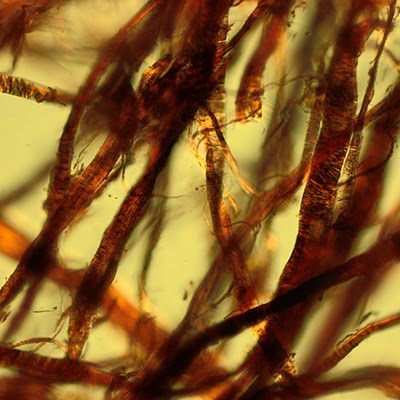 IOL Tib J 308 was primary selected for our research because of the unusual ink colour and the fine paper quality. The manuscript is typical of the Tibetan pothi book format: 9 x 43 cm with one string hole. The leaf proportions and string hole resemble Indian palm leaf books. The hole, with its abraded edges, suggests that the book was well used and that its leaves were string-joined. The Tibetologist Sam van Schaik describes the copying of the text on this manuscript as a meritorious activity associated with the achievement of a long life. During the 830s–840s, many hundreds of copies of this text were made at the behest of the Tibetan emperor; however, the present copy is different from these in format and writing style. The script in this manuscript is in a brown ink easily distinguished from black carbon-based inks. It is possible that the ink colour is evidence of the practice of writing with blood, which is also attested by results of Renate Nöller’s XRF and VIS spectroscopy examinations.

This manuscript's paper was produced from ramie and hemp derived from textile waste. It was made with a movable type of papermaking mould equipped with a bamboo sieve. Thus this paper represents laid, regular paper with a sieve print characterized by 16 laid lines in 3 cm; the laid lines are horizontal and parallel to the text. The exceptionally good quality of fibre struck my attention when I was looking at it under the microscope. My study confirmed that this simple manuscript without any fancy elements was written on paper made from high quality textiles. I could envision the raw materials beaten gently by hand during the papermaking process, to prevent shortening of the fibres. Those fibres visible on the photograph above are exceptionally long and well preserved.

This type of rag paper, made with one of the oldest papermaking techniques known and adapted later in Europe, has been found in the majority of manuscripts from Central Asia produced in the first millennium but hardly ever later. Thus this Tibetan manuscript, a common sutra, a scripture from the Buddha, was probably locally produced at Dunhuang with extreme sincerity and devotion. It makes me wonder what wish was laid bare by this person who wrote on such gently-made paper, possibly with the addition of his own blood. Unfortunately we will never know who was its creator…