A Few of Our Favourite Things: #5 Vivienne Lo 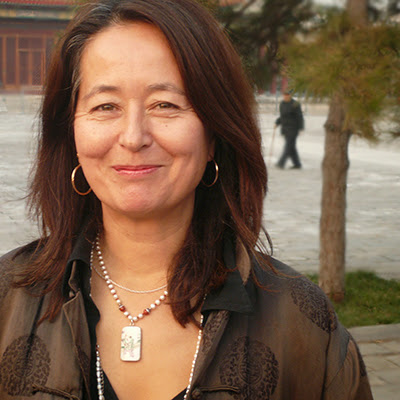 Vivienne Lo is the director of the UCL China Centre for Health and Humanity. She has also been a restaurateur and professional acupuncturist for many decades and combines her historical and contemporary interests in the history of food, qi exercises and Chinese medicine. She has been teaching the History of Asian Medicine and Classical Chinese medicine at BSc and MA level at University College London (UCL) since 2002. Her research concerns the social and cultural origins of acupuncture and therapeutic exercise. She translates and analyses manuscript material from Early and Medieval China and the transmission of scientific knowledge along the so-called Silk Roads through to the modern Chinese medical diaspora. Her chosen item is medical manuscript Or.8210/S.6168. 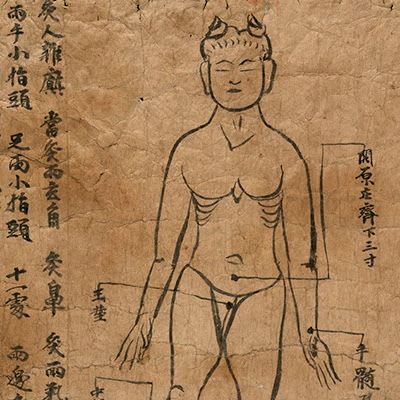 Or.8210/S.6168 is the earliest illustration of moxibustion practice, the therapeutic treatment that uses artemesia punk and other cautery techniques to treat illnesses. It pre-dates the earliest Chinese bronze acupuncture models used for teaching in the Song period by at least a century and represents a pervasive medical culture in evidence at both the centre and periphery of Chinese administration. I have called this culture 'quick and easy Chinese medicine', because the charts provide everything you need to know: the locations of the points, symptoms of the illnesses, numbers of cautery to place and burn on the points with little reference to the kind of theory that requires a classical education. It is therefore a 'householder' treatment for everyday symptoms. It can be compared and contrasted to Tibetan manuscripts in the Pelliot collection which reveal the cross-cultural transmission of medicine in the Dunhuang area.

I love this mansuscript and sponsored it in the name of my late father, Kenneth Lo. When I first began researching medicine in early and medieval manuscript cultures I had no idea there was such a treasure just down the road from my office. Both in my work as an acupuncturist and as an historian I have been intrigued by what makes an acceptable home treatment and what is properly in the domain of the professional. In the history of Chinese therapy moxibustion has been much more prevalent than acupuncture. Artemesia grows everywhere and is easy to prepare into moxa. Even though in the Chinese context historically, and in some places still today, the moxa is applied until the skin blisters so there is a danger of infection, in most parts of the world it has become a much gentler practice and, in my view, is safe to use at home with very little instruction.