A Few of Our Favourite Things: #3 Tsuguhito Takeuchi 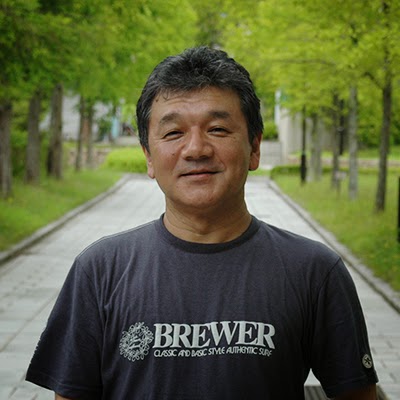 Tsuguhito Takeuchi is Professor of Linguistics at Kobe City University of Foreign Studies. His research field is the linguistic analysis of Old Tibetan documents from Central Asia. He is the author of Old Tibetan Manuscripts from East Turkestan in the Stein Collection of the British Library and he is currently cataloguing the Tibetan woodslips in the Stein Collection.

His chosen item is IOL Tib N 1103 (M.Tagh.002) in the Stein Collection of the British Library, a Tibetan woodslip unearthed from Mazār Tāgh by Aurel Stein.

This is a particular type of tally stick. One side is painted red with several short and long notches cut into it. A wedge is cut away at the bottom right. On the left side is written a place name, ending with rtse ‘mountain peak.’ This is a place for ri-zug or hill-stationing of watchmen, a unit of four men, consisting of Tibetan soldiers and Khotanese cooks. They were sent from the Mazār Tāgh fort to hill stations in the desert. When they set out, they brought the cut-out wedge as a tally to receive provisions (barley) later from a courier who carried this master woodslip bearing the name of the hill-station. At the time of receiving provisions, both short and long notched served for identification: the short notches represented the amount of grain, while the long ones served for matching-up.

Although each ri-zug slip appears to contain scarce information, closer examinations reveal how they actually functioned. They attest the sophisticated logistic system of the Tibetan military administration, a key for understanding how a small number of Tibetans controlled the vast colonial empire.

These slips together with paper documents also vividly indicate the harshness of the lives of local peoples. How were they recruited and sent to stations? They tell of the escape and execution of Khotanese, etc. Seemingly humble finds yield much information!