A Few of Our Favourite Things #1: Victor H. Mair 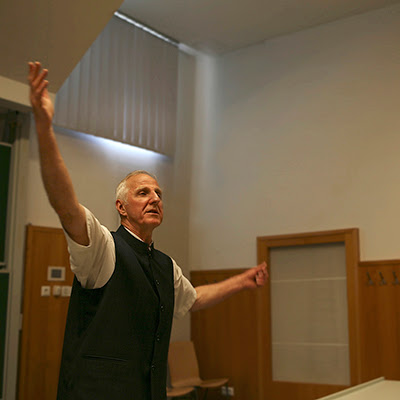 Victor H. Mair is Professor of Chinese Language and Literature at the University of Pennsylvania in Philadelphia, USA. He has been teaching there since 1979, before which he taught at Harvard University. Professor Mair's interest in Central Asia stems mainly from his studies of Dunhuang popular narratives, about which he has written three books and dozens of articles. Developing out of his research on Dunhuang biànwén 變文 (transformation texts), he gradually moved into archaeological investigations on the Bronze Age and Early Iron Age mummies of Eastern Central Asia. In conjunction with the latter extended project, he has travelled to Xinjiang many times, hosted a major exhibition entitled Secrets of the Silk Road in 2011 at the University of Pennsylvania Museum, and has published numerous books and articles about the mummies and their associated artefacts. 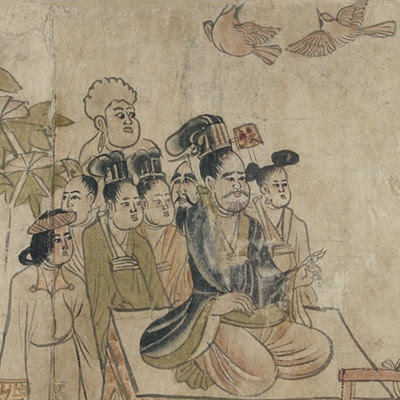 A detail of Pelliot chinois 4524 from the Bibliothèque nationale de France collections.

The picture scroll depicting the contest of magical conjurations between Śāriputra and the Six Heretics is my favourite of all objects from Dunhuang for many reasons. The most immediate reason is simply its innate charm, the pictures vividly capturing the excitement of the competition and the details of the individual scenes.

Above all, however, is the fact that this unique scroll holds the key to unlocking the relationship between pictorial and textual narrative that became a hallmark of popular fiction and drama in succeeding centuries. What we find is that the verses on the verso of Pelliot chinois 4524 match the verse portions of the prosimetric transformation text about Mulian (Maudgalyāyana) saving his mother from the suffering of the underworld.