For the past six weeks, I have been undertaking a work placement at the International Dunhuang Project (IDP) as part of my Masters course. My main role has been updating and improving the existing Stein site database, and I am pleased to say this work is now complete. Sixty-seven detailed site entries have been included in the updated database.

The Stein site database is an internal record of all of the sites Aurel Stein excavated during his three Central Asian expeditions. Prior to this project, it was a loosely-updated resource, lightly filled in over many years by different people. There was no standardised method to inputting data, and important information was often overlooked. Some minor sites had entries, whereas major sites such as the Mogao Caves, Ming-oi and Lou-lan had nothing. I believe this was because of several factors - a variety of researchers working infrequently on the database, the IDP’s understandable focus on more important and time-sensitive projects, and an assumption of knowledge within the IDP.

Fundamentally, I wanted to make the Stein site database useful to IDP researchers. The data was due to be moved to a new database, so my goal was to make the information as high quality as possible. I organised and inputted the data in a standardised way – all the entries now have a site ID, their general location, a detailed site description, which expeditions they relate to, an excavation history, page numbers and a brief description. The detailed site descriptions can either replace Stein’s books or serve as a starting point for researchers depending on the level of detail required. 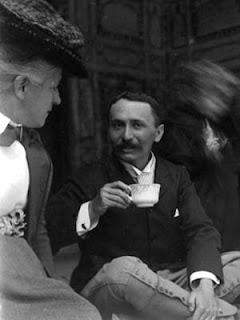 The IDP decided to use Aurel Stein’s three major works – Ancient Khotan, published in 1907, Serindia, published in 1921, and Innermost Asia, published in 1928 – as the primary source material for the updated database. For many of these sites, Stein’s work remains the major source. I therefore made sure to specify what was Stein’s opinion and what was objective fact; if Stein believed an artefact to be Han Chinese, or a language to be Kharosthi, or a fort abandoned during the 8th century, I tried to make it clear that it was his own interpretation of the evidence, coloured by the technology, scholarship and societal conditions of his era, and not necessarily the position of current academics or the IDP. Other material from previous IDP research was also incorporated; the sites of Astana, Endere, Miran and Niya have excellent profiles on the IDP site database website with collections history, detailed excavation history and maps, but this was not reflected on the internal site database prior to this project.

I have found updating the database to be a deeply enjoyable process. Prior to this project, I had a working knowledge of Stein and his expeditions in Central Asia, but this gave me the opportunity to learn about the sites in detail, and to learn more about Stein himself through his books. Working with physical copies of Stein’s books has also been a highlight, despite the lack of an index. His three accounts of his expeditions are enormous, unwieldy things with multiple volumes, filled with beautiful colour plates of his finds, intriguing maps, and photos of eerie ruins in dusty deserts. In an era of increasingly digitised research, it has been refreshing to pore over dusty books.